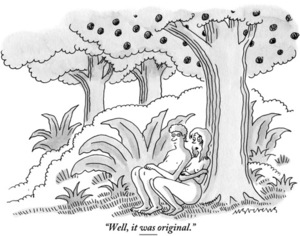 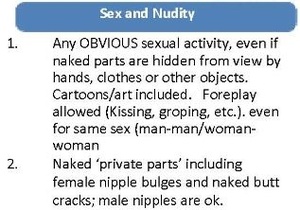 A cartoon by Mick Stevens that recently got the New Yorker temporarily banned from Facebook by the Zuck’s outsourced censorship brigade (recently exposed by Gawker).

Stevens later redrew the cartoon, removing all trace of nudity. And New Yorker cartoon humour. Which can be fairly nuanced at the best of times, in fairness. 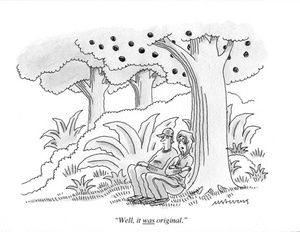 I Like/Share A Dream