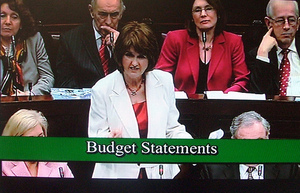 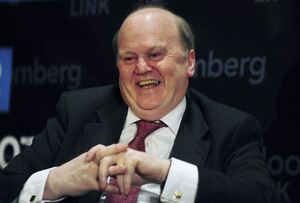 Our code monkey Karl has just released a preliminary calculator for Budget 2013.

There is already a vague shape to what will be announced in another austerity-laden budget. Joan Burton has been making noises about changing (read: increasing) employee and employer PRSI rates. An increase from the current rate of 4% to 5% would result in an extra €293.96 on the tax bill of someone on the average industrial wage.

Another proposal is that a parent earning over €100,000 would have their child benefit taxed.  At that level of earnings though it makes minimal difference with just €688.80 a year for a single child clawed back. Given that successive governments have failed to implement this don’t hold your breath.

As more rumours surface, I will factor in the inevitable misery onto the calculator. Enjoy.

It’s Been 42 Hours Or Four Days