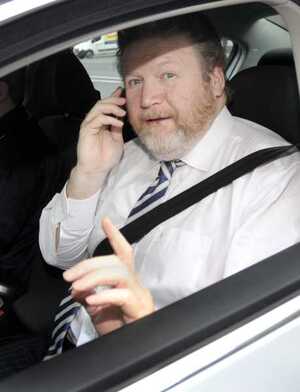 Reilly: “No, I don’t. I was kind of reluctant to say this but the only site I have any control over, I made sure that this, I mean I can’t say I made sure. I couldn’t, I didn’t, I couldn’t allow it go ahead. Once I had a prospect of being elected as the Minister for Health, I had to withdraw from that. And that site is not part of this, absolutely not. And anybody can check that. And yes, that has cost me, financially, there’s no question about that. But I…That’s why it is mildly annoying to be accused of being involved in politics for self gain, anything couldn’t be further from the truth.”

Kenny: “So there’s nothing in the Swords site that you need to worry about, that’s gonna come out in the Irish Independent tomorrow or the day after.”

Reilly: “No, not a thing. It has nothing to do with the site being considered by the HSE. I’ve double checked on that. Again, I believe it’s the same developer. And I’m not aware of which doctors are involved because, of course, until such time as the doctors sign up, you don’t know who’s going in and who’s going out.”