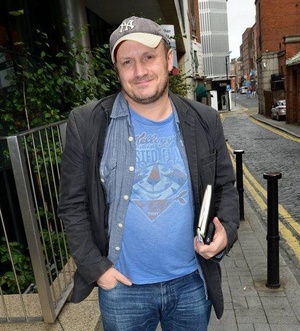 Lenny Abrahamson, director of southside noir What Richard Did (2012).

Sense in a world gone all schoolmarmish.

Abrahamson admits to having some intellectual purchase on that [Ross O’Carroll Kelly] world. The son of a lawyer, he was educated at The High School in Rathgar, Trinity College Dublin and at Stanford University. He must have pondered how life has changed for the metropolitan middle class. Are they really taking the handcart to Hades?

“That is certainly a question I asked myself a lot while I was doing it,” he says. “Maybe the young people I met seem more sophisticated, but essentially it hasn’t changed much. Every generation thinks the one coming up has more licence than they did. And it’s never true. We all drank our heads off. We had sex quite young. None of those things was shocking to me. We all did that ‘deep conversation’ thing we thought so profound. Maybe there is a greater expectation for the material things in life now. That would be the main difference.”

Surely There’s A Script In This?