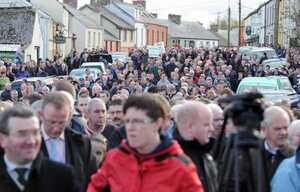 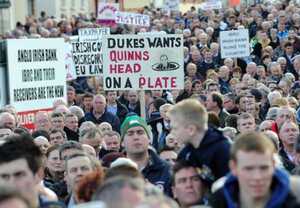 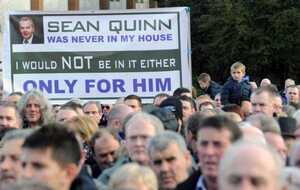 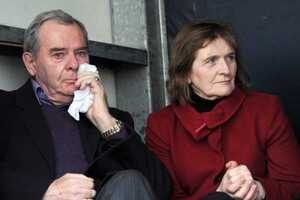 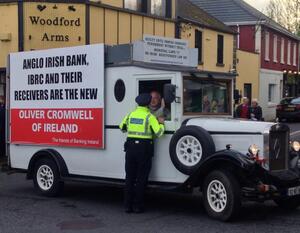 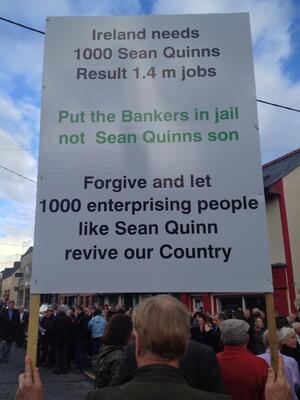 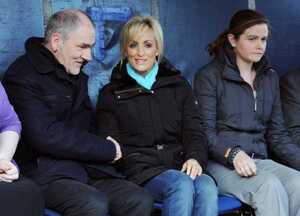 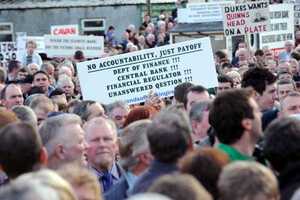 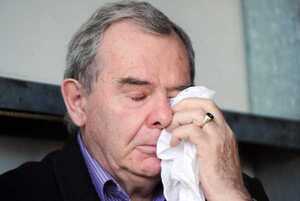 Many people from the Border counties of Cavan and Fermanagh gathered for the rally, which got underway after 4pm.

Well-known GAA figures Mickey Harte, Donegal selector Rory Gallagher and Peter Quinn spoke out in support of the family at the rally, organised by the Concerned Irish Citizens group.

Seán Quinn’s wife Patricia and his daughters were among those at the rally. Mr Quinn’s daughter Ciara Quinn told the crowd that the family will succeed and create jobs again and that she and her siblings would not become Anglo scapegoats.

Mr Quinn and his wife Patricia eventually broke down as prayers and a poem were read for their jailed son, Sean Quinn junior.

‘Verging On The Insane’