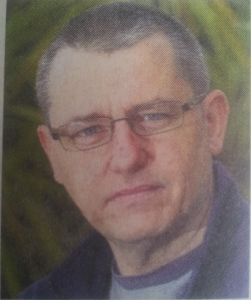 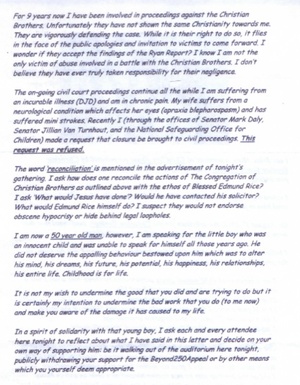 Fianna Fáil Senator Mark Daly and abuse survivor John Allen were physically barred from attending the event [at the Convention Centre]. Clearly stressed, and as he grappled with two bouncers, Mr Daly said he wasn’t being admitted because he and Mr Allen wanted to distribute a leaflet (above).