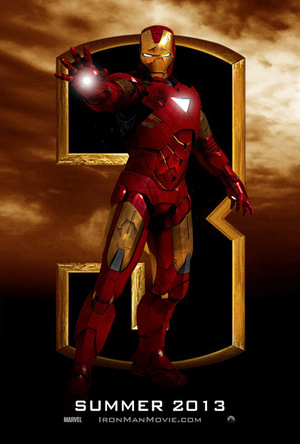 2. We’re excited about IM3 because it’s directed by Shane Black, who wrote the original Lethal Weapon, The Last Boy Scout and The Long Kiss Goodnight, and wrote and directed Kiss Kiss Bang Bang. Classics one and all.

5. Iron Man 3 launches ‘Stage 2’ of the Marvel movie-verse. Forthcoming: Thor 2, Captain America 2, Guardians Of The Galaxy, Avengers 2 and Edgar Wright’s Ant-Man. They just got the rights to Daredevil back, too.