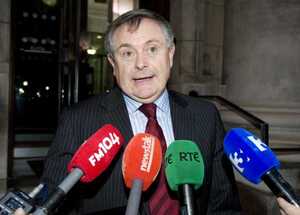 Putting A Brave Face On It

By The End Of July