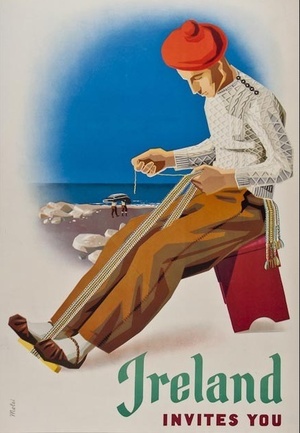 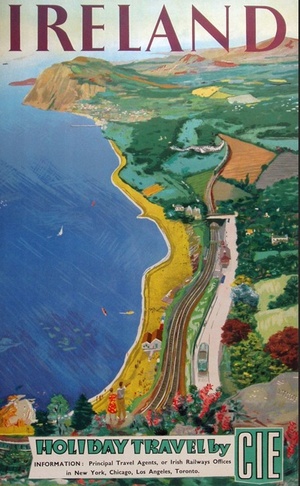 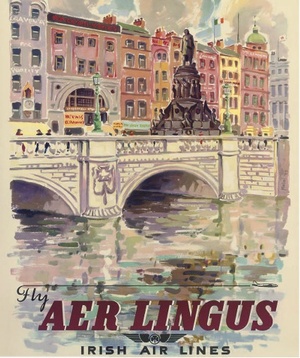 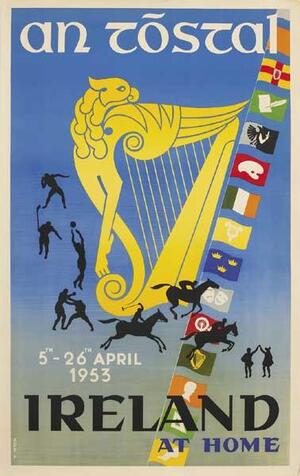 The impeccable work of Guus Melai, including (above) one for 1953’s version of The Gathering.

Found on internet auction sites where an original Guus can fetch up to €500.

Guus was a member of the ‘Dutch School’, artists and designers from the Netherlands, who came to live in Ireland in the 1950s and 1960s because, cough, housing was cheaper. 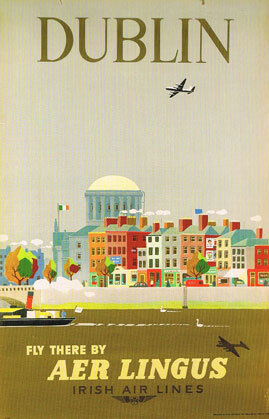 From the Arts Council archive:

It was decided that a letter should be sent by the Director to the General Manager of Aer Lingus informing him confidentially that the Council did not approve of the recently published Aer Lingus poster of Dublin by Dutch graphic artist Guus Melai as it did not consider it to be of artistic merit.  The General Manager of Aer Lingus thanked the Arts Council for its views but said ‘In commercial publicity there must be many compromises with sheer artistic merit’.