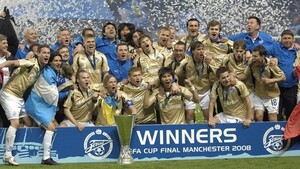 A Zenit St Petersburg supporters’ group has called for non-white and gay players to be excluded from the team.

The Russian champions’ largest fans’ group, Landscrona, said in an open-letter that black players are “forced down Zenit’s throat”.

They added that gay players are “unworthy of our great city”.

Only Gay In Brussels