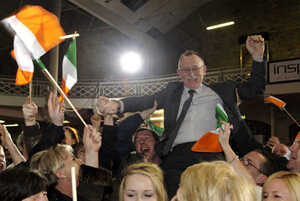 Irish Independent:: “I know you’ve spoken before about your time in the IRA. Would 50 murders be an exaggeration?”

Dessie Ellis: “I don’t know what they’re on about so I’m not going to comment on it, you know.”

Irish Independent: “Do you know if any of the bombs you made resulted in deaths?”

Ellis: “I’m not going to comment on anything in relation to anything that people are speculating on, okay?”

‘I Don’t Know What They’re Talking About’ (Irish Independent)