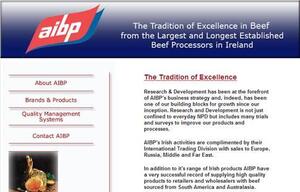 Taoiseach Brian Cowen and the Minister for Agriculture Brendan Smith on Sunday announced €69 million in grants to support capital investment in 15 projects in the Irish beef and lamb processing sector….which was timed to woo farming votes in advance of the European and local elections on June 5th.

The successful applications for public funding include three Larry Goodman-owned AIBP facilities at Cahir, Co Tipperary; Clones, Co Monaghan; and in Nenagh, Co Tipperary.
…Brian Cowen denied the announcement had anything to do with the elections’ campaigns.

“The cynics are those in the Opposition who seem to be so addicted to being part of the bad news brigade that they won’t allow us to put out any good news at all,” he said.