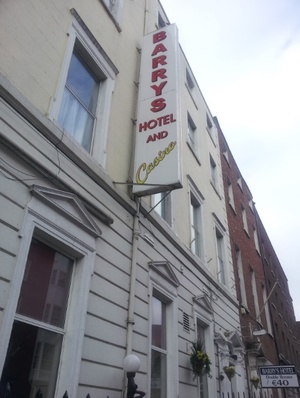 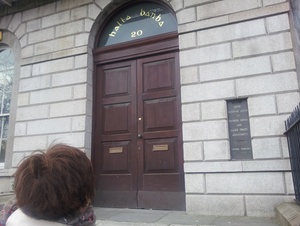 They literally knew their place.

I’ve just spent the afternoon with my parents walking around their old haunts in Dublin. My mum, who trained as a nurse in St Vincent’s in the Sixties showed me where two old ballrooms used to be – The National (above) on Parnell Square and Barry’s Hotel (top) on Denmark Street Great/Gardiner Row.

She said the nuns wouldn’t let the student nurses go there cause it was where “the maids” went .

Earlier: A Question Of Sex, Gender And Class