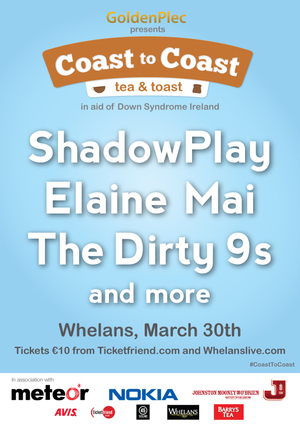 Probably spilling all over their laps. Toast crumbs everywhere. What are we paying our road tax for?

Team Goldenplec crosses the country, Coast to Coast from Dublin to Galway on Good Friday 29th March meeting a band in every county we pass through for a cup of tay, a slice of toast and a one song gig recorded on mobile phones.

Tickets for the Whelan’s gig are €10 and a “very decent” headline act is promised.

Virtual Insanity Without The Music