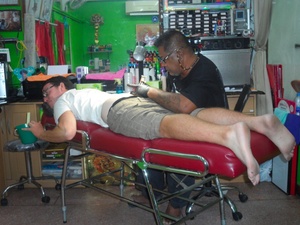 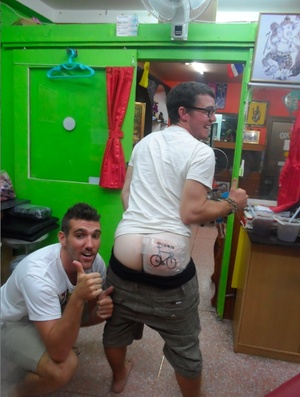 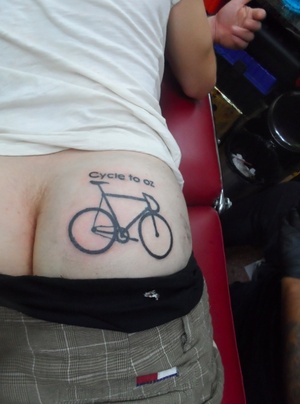 Aidan Murphy and his best friend Paul Quinn are almost finished on their 15,000km cycle from Dublin to Sydney to raise money for the Irish Cancer Society and the Alzheimers Society (€24k raised to date). They have been cycling for almost 7 months now and they are due to reach Sydney on the 20th of April 2013.
On reaching Bangkok, the boys got a bit emotional about the whole thing. At some ungodly hour, it was decided to mark the occasion with a tattoo on Paul’s left a*s cheek. The next (seriously hungover) morning both faces and bum cheeks were red when reasilation hit home as to what they had done… We are trying to help raise as much money for their two charities before the trip ends. The trip is entirely funded by Paul and Aidan’s own funds so every single cent is going to the charities.

‘No Place In Cycling’