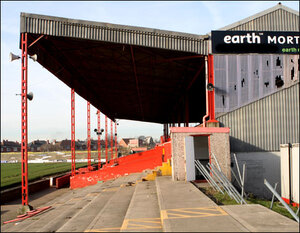 Conor Ryan, in today’s Irish Examiner, reports that Denis O’Brien has secured a buyer for the former Doncaster Rovers soccer stadium and that a sale was agreed with British builders Barratts on March 22.

Mr O’Brien took control of the aging stadium for £4.3m in 1998. It is reported to be selling for £10m (€11.7m). Mr O’Brien disputed the tribunal’s findings that his original investment was set up to benefit former minister Michael Lowry.

In 2002, Mr O’Brien was forced into mediation talks with the Northern Ireland-based land agent Kevin Phelan over management fees arising from the plan.”

“The tribunal said Mr Phelan got £150,000 from Mr O’Brien to make sure he did not undermine a false version of events which distanced Mr Lowry from the project.”

“Despite allegations, the tribunal could not find evidence linking Mr Lowry to the Doncaster deal. It cited one solicitor’s letter, written on behalf of Mr Phelan, which said 40% of the profits resulting from the sale of Doncaster would be split between him and Mr Lowry. This was disputed by Mr Lowry and Mr O’Brien.

“The tribunal said its lack of direct evidence on Doncaster had to be viewed in the context of the level of falsehoods, concealment, and suppression which emerged.  And it said ultimately it believed the purchase of Doncaster was intended to benefit Mr Lowry. 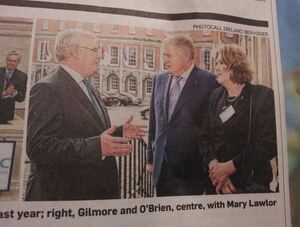