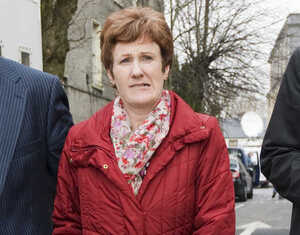 Staff midwife Miriam Dunleavey stuns inquest saying, entries in the nursing/medical notes ‘were put in by the internal inquiry’.

The seven-member HSE internal inquiry team was led by Prof Sabraratnam Arulkumaran, head of obstetrics and gynaecology at St George’s University of London.

After Savita’s husband Praveen Halappavanar complained about the presence of three employees from the Galway hospital, the HSE replaced them.

The midwife notes in #Savita case inserted a bracket only

‘A Flurry Of Retrospective Notes’