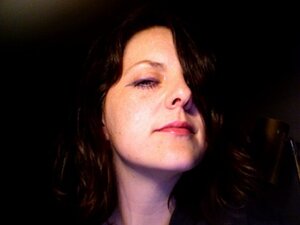 As a non-national resident of Ireland, I do, as you recommend, reflect on the privilege I enjoy every day in this country, particularly as an educated caucasian woman with a loving husband. But when you use that collective “we,” you assume that every woman in Ireland is like you. A short walk around Dublin will prove otherwise. Women in poverty, migrant women, asylum seekers, women in abusive relationships being controlled by their partners, and women too ill to travel live here too. Is it not the duty of us privileged people to ensure that they have the same access to their rights as we do?

You mention that we live in a “free” society here in Ireland while simultaneously trying to argue that women shouldn’t be allowed to have bodily autonomy, which in my opinion is the most basic human right there is.

Furthermore, I am disappointed that you felt the need to claim you have “no respect” for the “hysterical” opinions of Olivia O’Leary in such a public manner, claiming her arguments are not rational.

These are the exact ways in which patriarchy has been characterising women’s opinions as invalid for centuries. To accuse another woman of hysteria rings of self-hatred and serves to give the world permission to dismiss vocal women, including yourself. How can you “respect the right of everyone to speak freely and honestly” immediately after you’ve just said you have no respect for someone else’s honest opinion?

I myself have been trying to conceive a child for nearly two years. However, I would never allow my experiences with infertility colour my views on how other women view their pregnancies. Your implication that because some women can’t become pregnant, women who are pregnant need to carry those pregnancies to term is slightly outrageous, particularly since adoption laws in Ireland are so restrictive. If a disabled person can’t run, she doesn’t demand that all able people should take up running.

But perhaps the most alarming statements in your blog are about late term abortions. You and I both know that the overwhelming number abortions happen in very early stages. I believe your misleading comment comparing late term abortions to premature births was meant to whip up people’s emotions. I suppose that’s what politicians do. But it doesn’t reflect the rationality you claim to own.

Previously: Lucinda To Olivia: Get A Grip