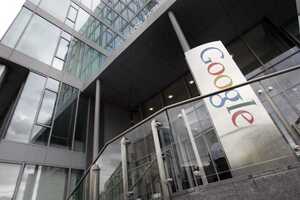 “Meanwhile, Ireland, already an attractive destination for multinational companies, is making it even easier for them to avoid taxes.”

“Last year, for example, Irish revenue authorities agreed to let Google make billions of dollars in royalty payments directly to a Bermuda subsidiary, helping to cut the company’s tax bill by at least $2 billion a year, according to U.S. and overseas securities filings. Previously, Google had routed those payments through a shell company in the Netherlands to avoid a 20 percent Irish withholding tax on payments destined for island havens. According to a person with knowledge of the arrangement, Ireland agreed to accept an additional tax well below 20 percent in exchange for the favorable treatment.“

Previously: Anything Good Behind The FT Paywall?