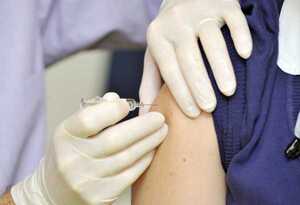 Schools are “fed up” with the level of HSE immunisations they have to facilitate, according to the Executive’s Schools Immunisation Implementation Group.

The minutes of a meeting held by the group was released to Medical Independent (MI) under the Freedom of Information Act said that many schools are also unhappy with HSE requests for data on students. According to the minutes, dated 14 December, not all schools gave out MMR forms to students. It added that there was confusion in schools regarding which classes were to be given MMR consent forms, resulting in some classes not receiving the documents. “There is no way to figure out who got forms from some schools due to poor communication,” the minutes read. “Schools are fed up with intrusion by HSE immunisations and communication is breaking.”

But sure we’re all going to end up dead anyway, as the man said.