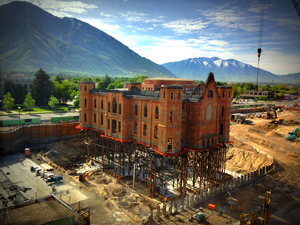 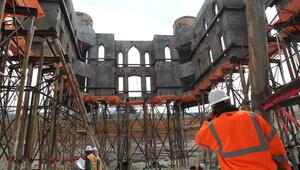 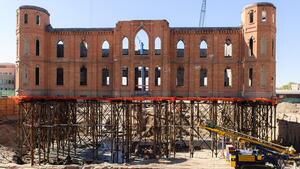 The 112 year-old Provo Tabernacle in Utah, damaged by fire in 2010, has been saved from ruin by the Mormon church for conversion into a temple.

With its interior gutted, walls reinforced and supported in order to dig a two story basement, the entire structure (all 3,175 tonnes of it) now rests on stilts 40 feet (12m) in the air, appearing to ‘float’ from certain angles.

Trolling At The Apple Store