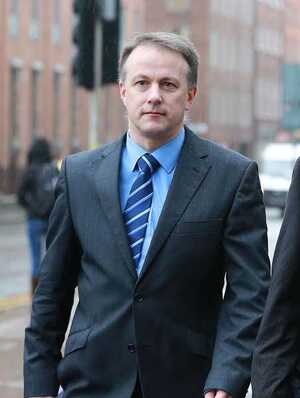 If the shame and guilt of an abortion doesn’t get you then cancer will or so Dr Seán Ó Domhnaill would want you to believe:

The importance of the fact that US National Cancer Institute researcher Dr Louise Brinton, the chief organiser of the National Cancer Institute (NCI) workshop in 2003 that persuaded women that “abortion is not associated with increased breast cancer risk” (April 2009) has reversed her position and now admits that abortion and oral contraceptives raise breast cancer risks, cannot be over-emphasised.

Dr Brinton’s admission that abortion raises breast cancer risk by 40% is no surprise to those on the anti-abortion side who have repeatedly stated that abortion is bad medicine; that surgical or medical intervention is inappropriate for psycho-social stress that could be better relieved by more compassionate, albeit time-consuming, intervention.

We should be willing to give that time, rather than jump to the supposed “quick fix” that leaves one dead and one wounded, the latter physically, psychologically and quite often spiritually. The importance of the spiritual element cannot be ignored in a society such as ours, where women often suffer tremendous spiritual angst as a result of their abortions.

The “anniversary reaction”, where women have attempted to take their lives on the anniversary of their abortions, or the anniversaries of the baby’s expected date of delivery, is well-recognised. I have been working in the area of post-abortion counselling since 1998, when I returned from the Channel Islands where I first encountered post-abortion psychological sequelae.

The National Cancer Institute concluded that having an abortion or miscarriage does not increase a woman’s subsequent risk of developing breast cancer. A summary of their findings can be found in the Summary Report: Early Reproductive Events and Breast Cancer Workshop. The evidence overall still does not support early termination of pregnancy as a cause of breast cancer.

Do Abortions Cause Breast Cancer? (Slate)