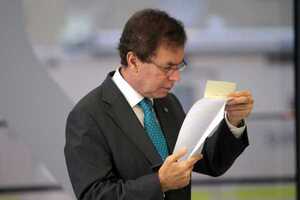 Mr Shatter said his mentioning of the incident involving the Independent TD Mick Wallace was a mistake.
He apologised and said he would not do it again.
Minister Alan Shatter told the Dáil the motion was particularly galling given that one of his biggest jobs on entering office was to reverse Fianna Fáil’s cuts to justice and defence funding.
Addressing claims made by Mattie McGrath TD last Thursday he told the Dáil, “While I can be accused of being a workaholic, I can not be accused of abusing alcohol.”