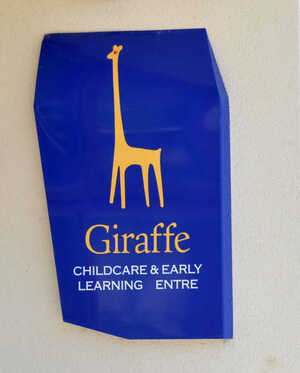 I discovered a Irish Independent article from 2002 (below) on Giraffe seeking investors. It seems we were happy enough to see a race to the bottom in childcare back in the boom days. Sadly, like in so many aspects of Irish life, it’s coming back to haunt us

A new type of creche is on the way, with investors backing a national chain of purpose-built centres,

Giraffe already has two centres up and running and will open three more in the coming weeks. Each facility employs 25 full-time staff, so the company plans to eventually have 500 people working in its centres.

According to joint managing director Ms McCormack, Ireland has lagged behind with this type of childcare, and this chain will create the country’s first recognisable brand in the sector. “Irish childcare has tended to be home-based, smaller operations. Giraffe is developing a purpose-built chain of facilities to cater for larger groups of children,” she said.

“Because the needs have grown considerably, the style of delivery must change to meet demand,” said Ms McCormack.

Joint managing director Simon Dowling said the sector has been very fragmented and that it would now become more focused and structured.

The timing is good in terms of raising money, as venture capitalists and investors look to new areas of growth.

“Certainly, childcare wouldn’t have been viewed as an area for investors, but it is now being viewed as a growth sector,” said Mr Dowling. “Over the last seven to eight years this area has been growing in the UK.”

Ms McCormack added that this is the first time that a major Irish investment has been made in the area.

“There haven’t been many people looking to open childcare facilities on this scale,” she said. They will be seeking to raise further financing from venture capital sources, rather than private investors.

Parallels can be drawn with the leisure sector, which has also seen unprecedented growth in recent times.

Mr Dowling said that the dynamics between the two sectors are very similar.

“We have come across similar locations and have been talking to the same type of investors who have been looking at the leisure industry,” he said.

The childcare sector has generally not been thought of as a particularly profitable one, mainly due to its labour intensive nature and the strain regulations can add to the bottom line.

However, Ms McCormack said that the economies of scale would make Giraffe’s facilities “more financially rewarding”.

Mr Dowling said that while the tax breaks for childcare investors are welcome, the Government needs to look at providing some assistance for parents.

Unnecessary Head Through The Hole Photo Of The Day

Why Are Giraffes Tall?