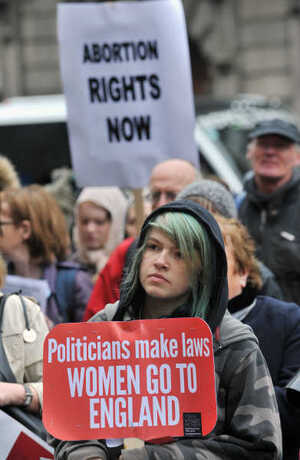 To the Protection of Life during Pregnancy Bill.

“The inclusion of the maximum penalty of 14 years imprisonment for having or assisting in an unlawful abortion is ineffective, disproportionate and inconsistent with the State’s obligations under the European Convention on Human Rights, and international human rights law generally.

“In the A, B and C v Ireland case the European Court of Human Rights criticised the inclusion of harsh criminal sanctions in Irish law as a significant ‘chilling factor’ for both women and their doctors. It is the IFPA’s view that the Protection of Life during Pregnancy Bill not only maintains, but substantially reinforces this chilling effect.”

“It’s immediately apparent from this bill that it ignores the needs of the majority of women in Ireland who seek abortions; it continues to tie the hands of the many families each year faced with a diagnosis of fatal foetal abnormality, women whose health is endangered by pregnancy, as well as women made pregnant by rape or incest. This Bill will criminalise the thousands of women in Ireland every year who self-administer the abortion pill and discourage them from seeking necessary medical assistance if needed.”

“We are deeply concerned that the Bill ignores the advice of the expert group report on abortion and the expert perinatal psychiatrists consulted, by differentiating between mental and physical health. This Bill requires that an obstetrician is involved in assessing a woman’s suicide risk even though this was directly challenged in the Oireachtas Health Committee hearings by perinatal psychiatrists in May 2013.

Before This Can Happen

Up The Pole Again 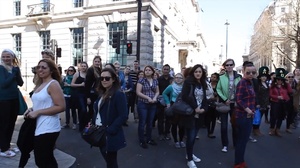