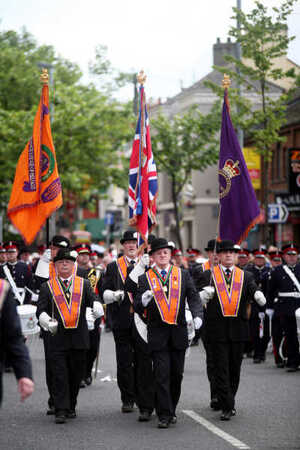 Chair of Culture Company 2013, Martin Bradley, said: “It’s fantastic that as Derry-Londonderry glories in its status as UK City of Culture the city is playing host to an extensive programme of Orange Order events.

“Given that 2013 is such landmark year for the city, marking as it does the 400th anniversary of the granting of the city charter and the building of the city walls, it’s particularly fitting that Derry-Londonderry will be the location for key elements of the Orange Order’s flagship celebrations.”

Don’t Reign On My Parade