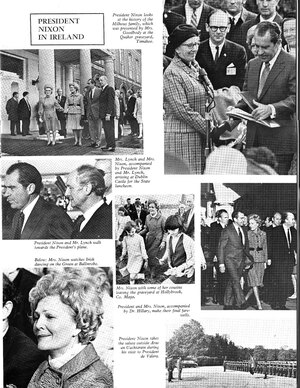 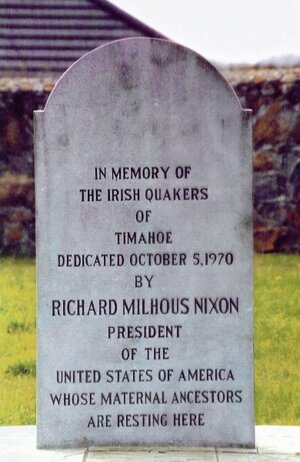 Everyone old enough can remember where they were in October 1970.

President Nixon’s visit to reconnect with his Irish roots was a story that touched the hearts of every Irish person both here and ‘abroad’.

Nixon had Irish connections on both the maternal and paternal side of the family. His Kildare connections came from his Mother, Hannah Milhouse. Her ancestor Thomas Milhouse of Timahoe emigrated to Pennsylvania in 1729.The Milhouses were members of a Quaker community that were prominent in the Timahoe area throughout the early 18th century.

This  October, Broadsheet will commemorate the visit with a month-long range of activities and poorly researched articles on Nixon, what he means to the Irish and what his legacy can teach our political leaders.

Very little, as it turns out, but you won’t want to miss it.