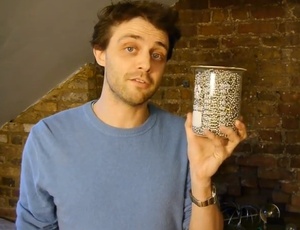 The reason it self siphons is that the chain pulling down outside the beaker is longer (and heavier) than the chain pulling down on the inside of the beaker.The reason the chain loops up higher than the rim of the beaker is a bit of a mystery. I think it’s to do with the fact that the beads are changing direction and it can’t do that instantaneously as that would represent infinite acceleration. So a big loop is formed. I don’t know, something like that.

Can You Cry In Space?