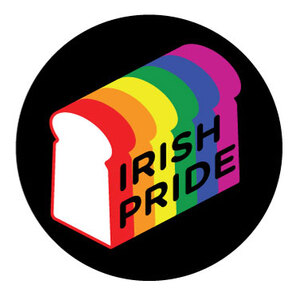 Here’s a badge that the people at Designist asked me to design for Pride. They’re now available from their shop on South Great George’s Street, Dublin. 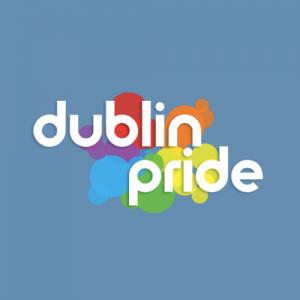 After a very productive meeting of LGBTQ organisations this evening, we are delighted to announce that a united community will celebrate together at the Dublin Pride parade this Saturday.

The organisations represented condemned recent personalised attacks on members, volunteers and supporters of Dublin Pride, and called for all such action to cease immediately. It was confirmed that none of these organisations have planned, or would support any action taken against the festival, by organisations or individuals.

In recognition of the importance of the work of other LGBTQ organisations, it has been agreed that Marriage Equality, LGBT Noise, TENI and BeLonG To will all address the the community at Merrion Square, standing together in unity, to highlight the various issues facing the LGBTQ community. Although the organisations will be addressing Dublin Pride, we stand together in recognising that these issues impact upon LGBTQ people all across Ireland, and beyond our shores.

At the meeting, the inclusion issues raised by North West Pride were acknowledged by all, and a commitment has been made that these issues will be discussed in greater detail.

All organisations paid enormous tribute to the work done by Pride volunteers throughout the year, and particularly during the period of the festival, during this year and all previous years. Organisations committed to meeting again in the coming weeks to ensure a greater community involvement in the organisation of future Pride festivals. Dublin Pride is a volunteer-led organisation, and relies on the commitment and efforts of all members of the community.

All organisations wish everyone a safe and happy Pride, and look forward to seeing everyone on Saturday.

Dublin Pride parade will take place this Saturday, assembling at the Garden of Remembrance at 12pm, to head for Merrion Square at 2pm.