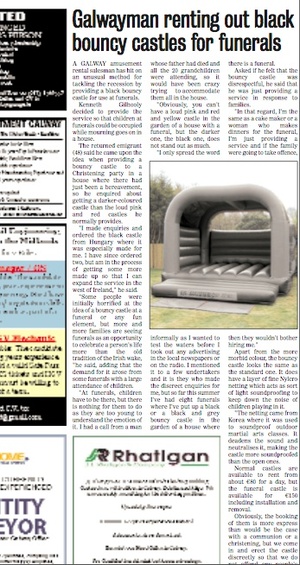 Apart from the more morbid colour, the bouncy castle looks the same as the standard one. It does have a layer of fine Nylcro netting which acts as sort of light soundproofing to keep down the noise of children playing in it.
…Obviously, the booking of them is more express than would be the case with a communion or a christening, but we come in and erect the castle discreetly so that we do not offend any people’s sensibilities,” he said, adding that he hopes to be operating a dozen funeral castles before the end of the year.

Anything Good In ‘The Irish Garden’?

Anything Good In The Western People? 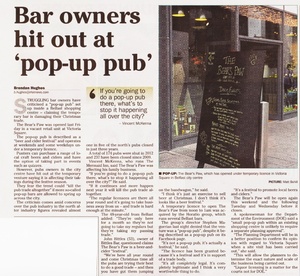