1987 Renault 4: “A common sight on Irish roads in the past was the Renault 4 and these were even used by the Department of Posts & Telegraphs. A huge production span of over thirty years means that millions have been produced. An interesting feature on these vans was the column gear-change (gearstick beside the dashboard). Although the van was most popular in Ireland, the car was originally a small hatchback and exists in other body styles too.”

Ford Mustang: “The Ford Mustang Mk 1 was put into production in 1964 becoming one of the most popular cars to ever grace the roads and spurring on a host of imitators. This is the GT model which is a fastback version and visually based on the high-performance Shelby Mustang.” 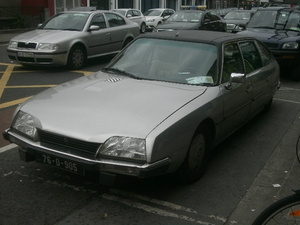 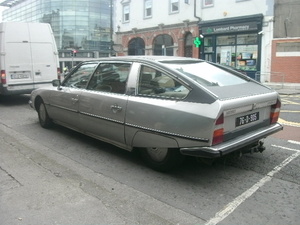 1976 Citroen CX: “Citroen have always had an avant-garde twist to their styling that is all the while quintessentially French. The CX is no exception with it’s long front, curved rear and hydro-pneumatic suspension system. This is one of the earlier models but they were built up until 1992 with very few major styling changes. It was replaced by the Citroen XM.”