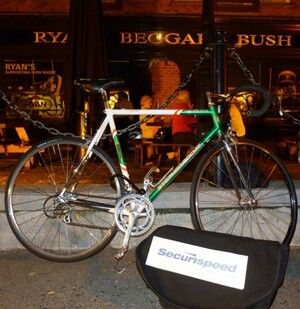 Previously spotted in a state of casual lockedness on Sunday outside Grogan’s on South William Street, this bike appeared again – properly secured this time – outside the Beggar’s Bush pub in Dublin 4 yesterday evening accessorised with a one-of-a-kind prototype Securispeed Couriers satchel.

If you happen to be in the cycle courier game, you’ll appreciate the near pornographic significance of such a rare artefact.

If not, carry on as if you’d never seen any of this. 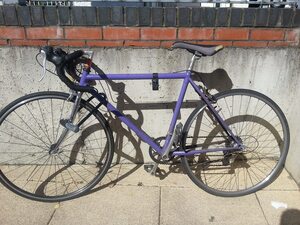 The Return Of Crankenstein 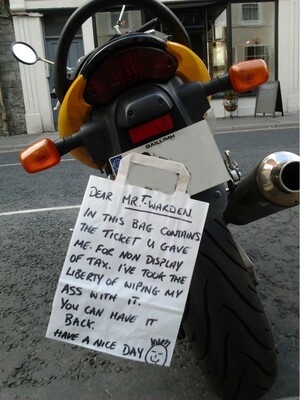 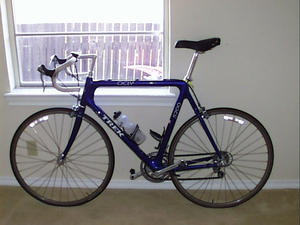