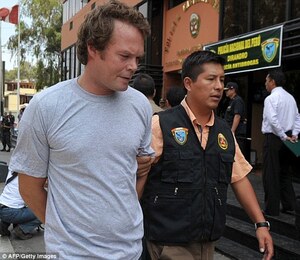 He could be the genesis of the whole operation.

Allegedly arranged the services of Melissa Reid and Michaella McCollum to smuggle drugs from Peru to Spain while in jail.

“Officers have confirmed the link between the arrested women and the mafia allegedly led by Philip Austin Collins whose organisation tends to use drug mules from the UK.”

“This has nothing to do with my client so there is no comment to be made.”

Previously: “Do It Or Die.”