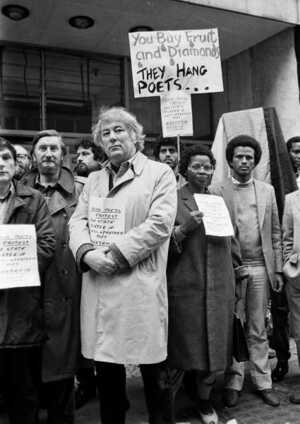 …Some of the most over-the-top eulogies have come from Heaney’s native Ireland. The Irish Times, in the person of Fintan O’Toole, devoted two pages to the Nobel prize-winning bard. First the paper soberly assessed the poet’s merits. “Seamus Heaney made us gasp in wonder that, for all its follies and terrors, Irish culture had such a person in it…” “The great maker of such phrases will not be lost, for he is among the immortals now…” Then the Irish Times gave one example of those “immortal” Heaney phrases. Here it is:

Two buckets were easier carried than one.
I grew up in between.

OK, I can hear all the protests. I am being unfair. Modern poetry is meant to be like this: awkward, dull, obscure, and forgettable.

But that’s not true. Some postwar poets managed to write lines that were beautiful, memorable and startling. Consider Philip Larkin. I bet you know a few of his phrases. “They f*ck you up your mum and dad, they may not mean to, but they do,” Or “What will survive of us is love.” Consider the searing Larkin poem, Aubade, a meditation about death which is so purely brilliant that it is wrong to pluck out any individual line.

Seamus Heaney simply does not compare to this. He’s not even playing in the same league.

Why, then, did Heaney become more famous than the infinitely superior Larkin? For a start, unlike grumpy Philip Larkin, Heaney was, by all accounts, a charismatic, sociable, and generous man. But the younger Heaney was also Irish, republican, Left-wing and hairy when all this was à la mode.

And once the literary world decided Heaney was the Mandela of Irish Poetry, he became irreproachable.

Literally irreproachable. I once wrote a mildly negative Amazon.com critique of Heaney’s turgid yet prize-winning translation of Beowulf (this was when Amazon paid folding money for proper reviews). The critique was censored; Amazon never ran it.

Too soon, about time or FIGHT? 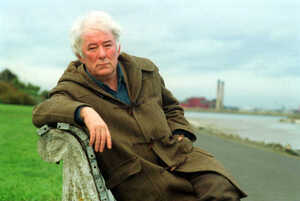 Death Of A Naturalist 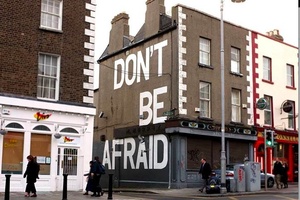