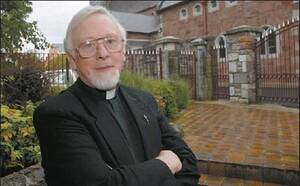 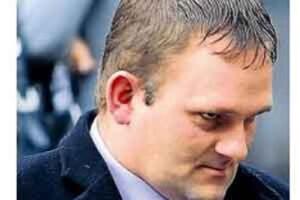 Listowel man Danny Foley (above) awaits release from prison after a five-year sentence for sexually assaulting a young woman in 2008.

You may recall news reports at the time of how up to 50 supporters queued in single file to shake the offender’s hand in Tralee court.

The priest who gave a character witness for the convicted man, Father Sean Sheehy (top) maintains his belief in Foley’s innocence and reckons the jury delivered the wrong verdict.

He is reported as saying of the victim:

“I don’t want to make any judgment on her at all, but obviously the whole situation must have been embarrassing, for the police to happen upon them and what-not. She’s the mother of a young child as well and, you know, that in itself doesn’t look great.”

Fr Sheehy said Foley remains unrepentant and is planning to volunteer for the Samaritans on release having completed a course while in Arbour Hill.

No Such Thing As Bad Publicity