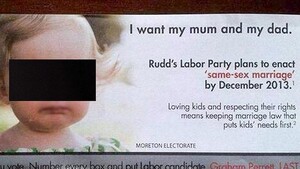 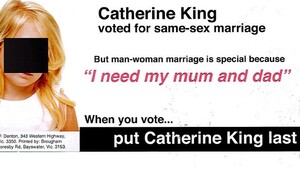 Anti-same sex marriage material [the top one from the ‘Australia Family Association’] appearing in marginal seats ahead of elections in Australia on September 7.

Prime Minister Kevin Rudd has promised to hold a Parliamentary vote on allowing gay couples to marry within 100 days if his Labor Party wins the election.

And Then I Kissed Him