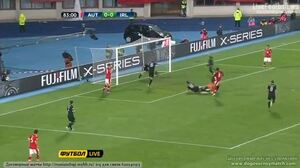 After defeat for north and south in the footie – time for a united team?? We’ll ask former NI manager Bryan Hamilton @liam_beckett on too

I’d rather lose to Luxembourg as Northern Ireland, than win World Cup as Ireland.

The New Ireland Away Shirt