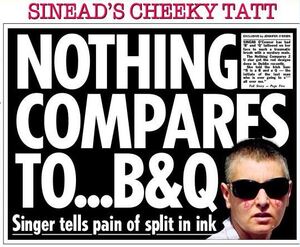 The father of singer Sinead O’Connor has said he admires and loves his daughter and as far as he’s concerned “she can do nothing wrong.”

The 75-year-old said he hadn’t seen his daughter’s latest tattoos which are reportedly on her cheeks. “I admire and love my daughter and as far as I’m concerned she can do nothing wrong,” he said. He added that wherever the tattoos are placed is “okay” with him.

‘I love my daughter and she can do no wrong’ – Sinead O’Connor’s dad defends singer (Fiona Ellis, Irish Independent)