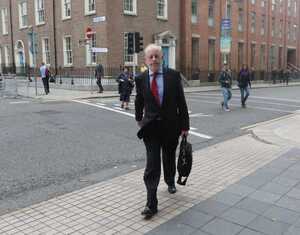 A day after announcing that no further action will be taken by the Central Bank against those recorded on the Anglo Tapes.

Because what was said did not relate “to criminal offences that had occured”.

That’s why he’s the banker other bankers call The Guv’nor.

Honohan was full of bluster over revelations, but now says it’s time to move on (Donal O’Donovan, Irish Independent)

A Day Of Action Dawns