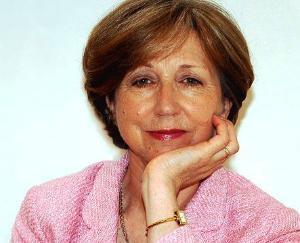 It is all so crude, that’s what strikes me about the message on those lurid blue posters. Save €20 million, fewer politicians, abolish the Seanad. It’s crude and it’s wrong. Quite apart from the fact that of course you won’t be saving 20 million Euros, because among other things you’ll have to pension them all off, there’s a bigger issue.

My big worry is that we’re choking off voices, closing down an arena for debate and free and open debate is the stuff of democracy. Governments like silence; democracy is noisy. Of course the Government wants rid of the Seanad- scrutinising legislation, it can hold things up; it takes up Ministers’ time. OK, the Seanad as it stands urgently needs reform.

This country, more than most, needs debating arenas, it needs the breathing space in which proper debate can be held.

People think the Irish are argumentative. We’re anything but argumentative. We have a very weak sense of civic society, our rights and influence. And that’s partly the influence of a once all-dominant church. But it’s also because government here is centralised more than any other country in Europe. And time and again we accept without question what our government masters lay down.

Even when we knew what the disastrous consequences of the property bubble could be because we’d seen it all in the UK in the 80s, we bought into our own bubble and we didn’t question the Government’s decision to inflate it with tax breaks. i mean, I realised only when I read Anton Murphy and Donal Donovan’s book “The Fall of the Celtic Tiger” this summer, that our government gave tax breaks for people buying property to rent outside this country, so Irish tax payers were asked to subsidise borrowings for apartments in Bulgaria and Croatia. How did that happen to the Irish economy? Why didn’t we debate and challenge it? And later, even when the blanket bank guarantee was given with the massive debt implications we face now, only a few TDs, including the Labour Party, challenged it.

You’ll say quite rightly that the Seanad didn’t challenge these things either. No it didn’t. Because as now elected, it is dominated by two main political parties. Reformed, a range of vocational bodies could nominate candidates and then they could be democratically elected on the same day and with the same electorate as the Dail. that way you get a range of people from across Irish life; even more of the WB Yeatses, the Douglas de hIdes, the Mary Robinsons, the Catherine McGuinnesses, the Mary Hanrys, the Gordon Wilsons, the Brid Rogers, the John A Murphys, the David Norrises, the John Crowns that we have had already, because these were the people who made the Seanad worthwhile.

I will never forget Gordon Wilson’s Enniskillen voice bringing into the Senate his own brand of wisdom and of generosity, Mary Robinson in the Seanad arguing passionately for family planning rights for Irish people, for the human right to divorce and warning of the dangers of putting a ban on abortion into the Constitution, Catherine McGuinness pointing out that she was perfectly happy to see the Adelaide Hospital become less Protestant as long as Catholic hospitals became less Catholic, Michael D Higgins reminding us that our consciences had to extend to South and Central America too.

These are people of ideas and there is nothing in the world more powerful than ideas. That’s why the Seanad often seemed a bigger place than the Dail. It spent more time concentrating on legislation and the ideas behind legislation than the point scoring we see at Leader’s Questions in the Dail. And the Seanad seemed more representative of Irish life, including particularly the dissenter tradition of Trinity senators, many of whom counted Northern Irelanders among their electors and who were fearless in challenging the status quo. We will be much poorer without that dissenter debating tradition, we will be much poorer without that debating chamber.

I am not surprised that Sinn Fein, with their record on democracy, want to get rid of the Seanad, but I am saddened to see Richard Bruton from Fine Gael’s Social Democratic wing leading the posse. I don’t think Garret Fitzgerald would have done that, or Liam Cosgrave. And as for Enda Kenny, doesn’t it strike you as a bit sinister that as well as closing down this debating chamber he is refusing to come out on the public airwaves and debate the issue with the opposition leader?

Earlier: Three Days To Save Democracy