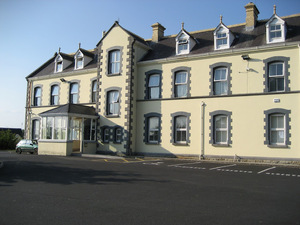 (The Old Convent in Ballyhaunis, Co. Mayo, top, which provides accommodation for 293 asylum seekers and is owned and run by Bridgestock Ltd)

In the last year alone, Mr O’Brien reports, of the 34 direct provision centres across Ireland, at least three were warned they would be shut down within 30 days, unless they addressed their shortcomings or failings.

The inspectors’ concerns, amongst others, included that a family of six had to live in a single bedroom; there were serious breaches of fire safety; and breaches of child protection.

Specifically, he writes about one centre: The Old Convent in Ballyhaunis, Co. Mayo which provides accommodation for 293 residents, and is owned by Bridgestock Ltd.

It was inspected in March of this year – just a month before Bridgestock Ltd was awarded its highest score in the annual Q-Mark Awards [a quality management award].

“The number of general maintenance issues identified was too extensive to catalogue individually . . . It needs to be restated that the prevalence and frequency of the items requiring maintenance was extremely disappointing and is not acceptable to RIA [Reception and Integration Agency] . . . (March 2013)”

“Response: The management said it had responded to issues highlighted, including tackling fire safety risks, deep cleaning and maintenance.”

“A recent “value for money” review found the Government pays too much to house and feed asylum seekers because it does not run fully open tender competitions to secure contracts with private operators of asylum centres. The review also found the agency maintains too much “excess” bed capacity at accommodation centres nationwide.
…
“One of the findings of the “Value for Money” review is that private hostel owners rather than asylum seekers or taxpayers have been the real beneficiaries of the direct provision system since it was set up in 2001.

It found “restricted competition” among commercial operators meant rates are not “robustly tested and the seven State-owned accommodation centres were €6 a person a day cheaper than those owned by private operators. The review expressed concern about contract renewals agreed by the Government, with 16 private operators in 2008 and 2009 that led to price increases of more than 5 per cent at a time of deflation.”

“NGOs complain a culture of secrecy surrounds the award of these multimillion euro contracts because the Department of Justice refuses to disclose the details due to “commercial sensitivities”. This makes it virtually impossible to properly scrutinise payments worth almost €750 million since 2002.”

“However, the financial accounts of the four biggest accommodation providers – Mosney, East Coast Catering Ireland Limited, Millstreet Equestrian Services and Bridgestock – demonstrate that housing some of the poorest people in society has proved a very lucrative business for some entrepreneurs.”
…
“The top four money makers: Bridgestock Limited is owned by Séamus and Kathleen Gillen from Tullamore, Co Offaly. It runs four centres in Athlone, Ballyhaunis, Sligo and Galway with contracts to house 1,249. The firm had net cash flow of €6.29 million in the year to the end of June 30th, 2008, generating operating profit worth €1.57 million. The company paid €1.12 million in rent to properties owned by the Gillens in 2008.”

Value For Money and Policy Review (Reception Integration Agency, May 2010) 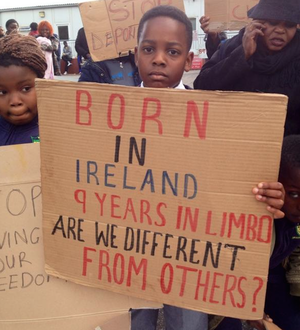 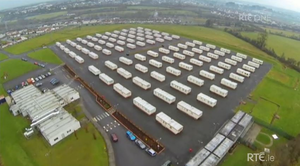 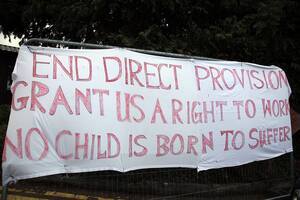