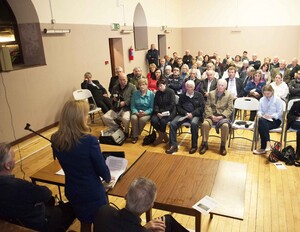 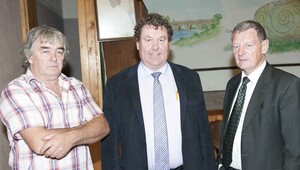 Around 60 to 70 people attended last night’s public meeting in Castlecoote Parish Hall, Co. Roscommon, regarding the unsolved murder of Fr Niall Molloy at the home of Richard and Therese Flynn, Kilcoursey House, in Clara, Co. Offaly in 1985.

Gemma O’Doherty, who was recently sacked from the Irish Independent addressed the meeting. Her work on the murder case led to the Gardaí reopening the case in 2010. The DPP recently decided not to pursue it any further.

During the meeting, Fianna Fáil Senator Terry Leyden told the meeting the late Brian Lenihan Snr and his wife Anne were not at the home of Richard and Therese Flynn on the night Fr Niall Molloy was murdered.

It also heard Fine Gael TD Frank Feighan tell members of the Molloy family that he would speak to Justice Minister Alan Shatter about the case.