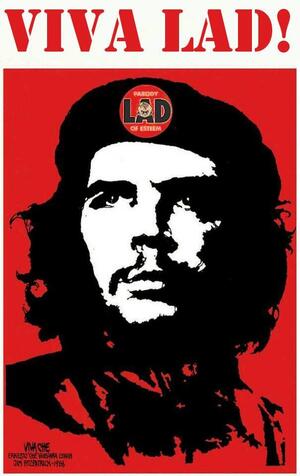 Loyalists Against Democracy (LAD), a cross-community group of satirising, irreverent like-minded individuals have been subjected to a backlash of sorts from the likes of ‘genuine‘ loyalists of late.

LAD were founded last December at the height of the Belfast City Hall fleg shenanigans and quickly gained a large following via Facebook with their endless lampooning of the flegger’s racist, sectarian and semi-literate rants.

Their mission in their own words is:

to drive sectarianism out of our country through the use of satire and parody.

As LAD post videos and photos highlighting offensive material of loyalists on their Facebook page, loyalists in turn are reporting their own material to Facebook as offensive. This is the paradox which could only happen in whatevs.

For the moment, they are back on Facebook again. This time as BELFASTLAD.

Stick it in a paaaaan-nationalist front.