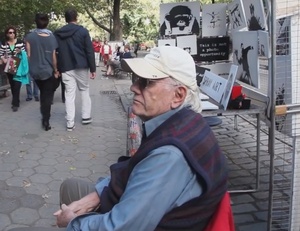 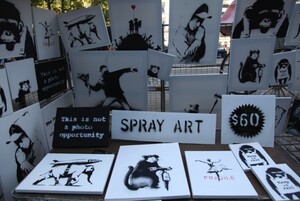 Banksy marked the 13th day of his Better Out Than In residency in New York by setting up an unannounced stall in Central Park staffed by a disinterested old gent apparently selling $60 Banksy knockoffs that were actually original signed canvasses worth hundreds of thousands of dollars.

In the course of seven hours, just three people bought a total of seven canvasses with no idea they were real. One walked off with four pieces to decorate his new house, unwittingly landing the bargain of the decade..

The point having been made, the trolltastic stunt will not be repeated.

Anything Good On TV?