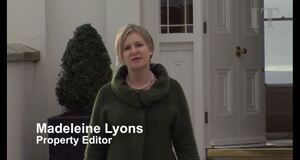 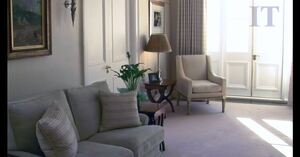 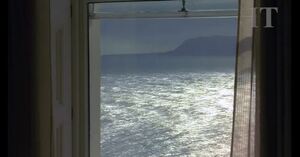 Imagine you’ve just woken up and Bobby is having a shower and everything was a DREAM.

The Irish Times reports that  No. 1, Sorrento House in Dalkey is on the market for €12million, making it Dublin’s most expensive house – again.

In an Irish Times video, property editor Madeleine Lyons takes  interested bidders on a tour of the house.

“Millionaire entrepreneur Terry Coleman famously outbid Lochlann Quinn, then chairman of AIB, to secure Sorrento House for £5.9 (€7.5) million in 1998. It was the highest price ever paid at auction for a Dublin property.”

“After a lengthy planning process, Coleman extended the dilapidated four-storey building to double its original size at an estimated cost of about €13 million, adding a summer house and guest accommodation.”

“In 2006, the protected six-bed Victorian, tucked neatly between Bulloch Harbour and Killiney’s Vico Road, was placed on the market with a hefty €30 million price tag. No takers.”

Video: Dublin’s most expensive house back on market for €12m (Irish Times)