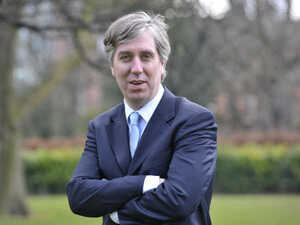 Further to claims by former Ireland manager Brian Kerr that the FAI [Football Association of Ireland] had negotiated with new manager Martin O’Neill while Giovanni Trapattoni was still attempting to get Ireland into the World Cup, FAI chief exectuive John Delaney appeared on Today FM’s The Last Word with Matt Cooper.

Matt Cooper: “When did you start negotations with Martin O’Neill?”

John Delaney: “I suppose in the last week or so – you know, when he confirmed that he confirmed wanted to be manager.”

Cooper: “But when was the approach made? The reason I ask is, Brian Kerr, on this programme last Friday evening said that there was a dinner between a senior FAI person and Martin O’Neill in Shanahan’s {Stephen’s Green, Dublin] the night before the Ireland v Sweden match in the World Cup Qualifiers.”

Delaney: “Well, Brian is wrong there!”

Cooper: “So Martin O’Neill was not contacted about his availability for the job before Giovanni Trapattoni had stepped down?”

Meanwhile, At The Citywest Hotel

The Cat Who Got The Sack