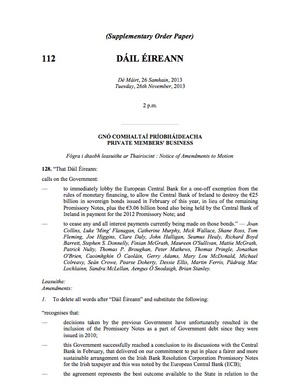 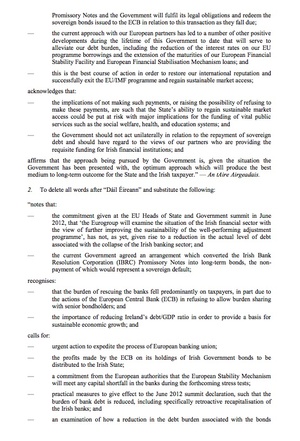 Significant alterations suggested by Fianna Fail deputies to last night’s attempt by the Technical Group to rescind the promissory notes.

Just one long pat on the back for themselves 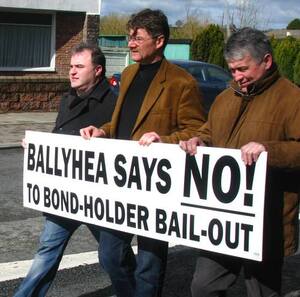 The Motion was defeated, we were not – in fact we have gained in strength and in conviction;

The searing truth in speech after speech by the members of the Technical Group, the honesty, the conviction, was in stark contrast to the sneering arrogance by a succession of government speakers;

We ended with over 40 TDs opposing the government’s amendment to our Motion – that’s nearly 25% of the current Dáil, so we’re getting closer and closer!

We have been on a long journey in Ballyhea and in Charleville, a sometimes rocky road, but this week we turned a corner, and we reinforced as we now are with new friends, new alliances, we aren’t in the least intimidated by what now lies in front of us.

Who Arrived At Farmleigh After Running The Marathon? 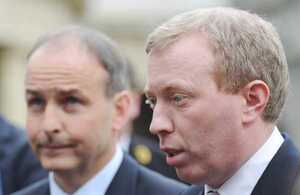