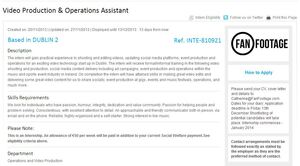 “I think this a good example of a non-bullshit Jobbridge and might be a dream opportunity for a talented video and live music nut out there.

“We’re the video technology start-up based across from Clement & Pekoe on South William St who are trying to build the world’s biggest video crew. Our service turns all those shite-sounding fan videos from a concert into watchable content by syncing them up with artist-approved live audio and presenting all the different angles in a switchable video player.

“And just for the record, we DON’T approve of fans filming at gigs, UNLESS the band actually ask them to. With FanFootage that’s usually just one song from the band’s set, so the fans can put their cameras and phones away for the rest of the show and just enjoy the music.” 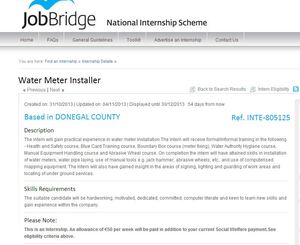 Water Under The Bridge