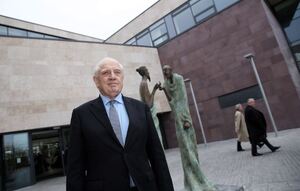 Before I Die (UCD)

Anything Good In The College Tribune?