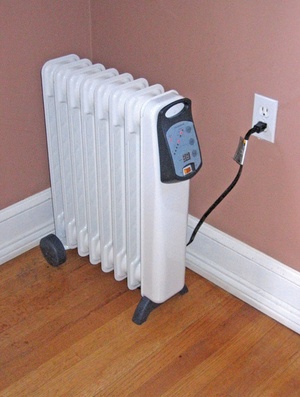 What was your most depressing Xmas gift-receiving experience?

Dan: “Without doubt the most disappointing Xmas gift I have ever received was a tome about famine, from my mother, right before we sat down to eat our unconscionably large Christmas dinner.”

Stephen:“A book on sport I bought for my brother…he gave it back to me a few days after Christmas saying “here this is too heavy to put in my bag” before he flew back to New York.”

Stapler: “A set of corn on the cob skewers and a childrens toy sowing machine. I was 12.”

RexS: “When I was 8 my uncle once gave me a slow cooker that he had clearly gotten for a wedding present and the next year was a cutlery set. Which he had obviously had left over from the wedding also.”

GC: “An electric radiator when I was 14. My brother then stole it when he moved out.”

Shoota: “A card from Old Saint Nicholas himself, explaining that he and my parents had gone ‘halfsies’ on my birthday/ Christmas present (my birthday being Christmas day…) a brand new Nintendo Entertainment System. The year being 1990, I had just turned 6, and never in my wildest dreams would I have believed that Santa would write me an actual note, forget the damn Nintendo! Safe to say , when I unearthed their cruel deception the next year, the note, took on a whole new meaning.Damn thrifty parents.”

Erol: “A goat for a family in Africa. Part of a Kris Kindle present, the most disappointing part was watching the stupid git who got it for me delight over the The Sopranos boxset he’d been given. :(“

Mr T “Without doubt the most disappointing Xmas gift I have ever received was the gift of time and space from my ex, she said it was just a break, but it is continuum.”